I have being rediscovering Michael Connelly,he is one of the authors I love reading.I can pick up a book I have read before and read it again and still love it.

I reread two of his book-The Drop and The Black Box.

I was once again caught up in the mystery,suspense and excitement and read to the end.

I am looking forward to The Crossing coming out later this month.

We are being reminded to buy our tickets for the festival which will hold in July 21-24 2016 in Harrogate.Three of my favourite authors will be featured-Tess Gerritsen,Linwood Barclay amd Peter James.

Other writers to be announced.

Well done to Make me and The Girl in The Spider’s Web for being on The  New York Times Best Sellers list for 3 and 4 weeks respectively in 2nd and 3rd positions.

I just finished breezing trough Lee Child’s latest digital novel-Small Wars.He lived up to his usual standard but regrettably it was just too short,I was just getting started.

It’s a good thing Make me is out,so I have that to look forward to

Bloody Scotland is on

All my favourite authors are in Stirling now,one of the biggest crime events of the year,they include Arne Dahl,Martina Cole.Sophie Hannah,Linwood Barclay and Ian Rankin.

I know @crimethrillergirl will be there to give us an eyewitness account soon,looking forward to that.

One of my best authors,Linwood Barclay is touring the UK this month signing his latest book Broken Promise.I just love the way he writes,all the twists and turns and “what is actually happening here am I dreaming pinch me stuff”.I just love his books.Catch him if you can.

It’s about Arne Dahl today-why because I just finished reading To the top of the mountain and was wondering why I had not read it till now,

Its what I call unputdownable because I did not want to put it down to do anything ,even eat and I love my food, anyone who knows me can testify to that.

The book reveals how a pub brawl turned fatal and then interestingly leads us to other bigger crimes both connected and not connected at the same time.

The Ace team come together again to solve this crime,they do after some u -turns and epiphany moments.

It is a complex story unravelling surprises as you read,Arne is on another level with this book and I enjoyed every page.It came to a brilliant climax and he did not disappoint me.

I read The Blinded Man and I must say this one is as good and I love his style,and of course its Scandinavian Noir,need I say more?

Off I go to get his other books.

I was on the train to Havant by way of Brighton on a Southern train,I felt just like Rachel in Paula Hawkins novel.

I felt like Rachel,no,not a alcoholic suburban commuter but because I was looking at the houses and gardens as they whizzed by and imagined what was going on behind closed doors and drawn curtains and peoples lives.

I could identify with her in that I also make up stories about people I go past their houses while on trains and buses,even people I pass by on the streets.It might be because I am a student of psychology.I see a person and immediately start to analyse that person.

So back to The Girl on the Train-to me it wasn’t a book you wanted to finish quickly,you wanted to savour every bit of it but at the same time itching to know what would happen at the end.

The story is about Rachel and her suburban commute,and something she saw which changed a lot of things.

It justifies its position at the top of the New York Times Fiction Best  Seller List for several weeks running.

When I first saw the title it did evoke memories of ‘Gone Girl’  because of the word girl,but it was not as fast and furious if you get my drift but you anxiously turned the pages.

I await with bated breath her next book,I really do not envy her her position because she has to outdo herself.I wish her the very best of luck.

Thanks to Crimethrillergirl.com I got my fix of the festival by reading her three part confession.She gives you a detailed description of what happened there.Cannot wait for the next edition.

I have so many authors that I love,please do not make me choose.

The thing is everyone has their own style,and to me as a reader,if you give me a book without a cover and maybe give a character another name,I still would be able to say hey this is so and so’s writing style.

Like I said before I love Scandinavian Noir,but I also love my British authors and American ones.

Talking about the Swedish-Henning Mankell (and Kurt Wallender) is one of my top ones,coming close is the duo of Sjowall and Wahloo and their character Martin Beck.

I also love Camilla Lackberg and her inquisitive Erica,so also Liza Marklund and her journalist Annika.

What do you think of Lars Kepler?and Joona?

My list would not be complete without mentioning Hjorth Rosenfeldt,Jo Nesbo,Hakan Nesser.

The master of now you see it now you don’t-Linwood Barclay himself,the man is something else,I regularly shake my head  when I read  him( to keep mentally  alert) because you never know what’s going to happen.

And what of my dear Sophie Hannah?

Harlan Corben,Mark Billingham,these are the people that make long winter days bearable(not that I don’t read them on hot or cool summer days) curled up in a chair with a hot mug of coffee/cocoa,shut the world out and escape.

The next festival is coming up in September,wish I can make it this time,I have enjoyed so many books of the Dame and have watched  Hercules Poirot  films.

I never tire of reading her what with all the twists and turns in the tale  you are left guessing almost till the end and you still end up saying ‘really’.

Thrillerfest X is on in New York July 7-11,this is the 10th edition.I think it should not be missed and its going to be massive.

Thankfully we still have other events to look forward to in our neck of the woods here(UK).

I was debating with myself about books that have films and vice versa,to me I prefer the book to the film.The films do not kind of do justice to the book(s).

When films are made from books it seems kind of watered down,maybe its due to cost though,the budget.

I watched The girl who played with fire and it made me want to read the book,and I read all three and was hungry for more.

The Jack Reacher film though,I tried to keep an open mind but I just did not see Tom Cruise as Jack Reacher,I would have preferred Vin Diesel or The Rock or Dolph Lundgren but what do I know.

The film has not diminished my love for Lee Child’s novels though,I gather he will be coming to the Old Peculiar Crime Writing Festival in Harrogate July 18.

Moving on,so after my introduction to Stieg Larsson and His Millenium Trilogy,I discovered Henning Mankell (and inspector Wallender) as part of my continuing foray into ‘Nordic Noir’  then I went on to Camilla Lackberg,Jo Nesbo etc.

I also read funny books,have you read The woman who stayed in bed for a year-Sue Townsend- or The 100 year old man who climbed out of the window and disappeared-Jonas Jonasson-or the Girl who saved the King of Sweden also by Jonas Jonasson.The books were hilarious,I could not put them down.

I discovered Peter James and he has become one of my favourite authors, his books are set in Brighton,a town on the south coast of England,not to be confused with Brighton beach in New York.He has presented I think two of his novels as plays,Dead Simple is coming to Southend which is not too far from me,I just might go and see it,

Have you read Stuart Macbride? His books are to die for(excuse the pun) he has a  wicked sense of humour,can’t wait for his next book.I learnt of him by chance,the evening standard was giving away his book- Cold Granite- outside London Victoria station,I read the first page and bam,there was no going back. 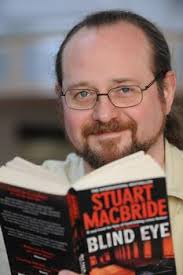 And my style is rush out and buy or borrow(not beg or steal)any others written by a particular author.I normally like to keep the mood,read all available books and then wait for the latest one.

I normally read online(e-library) or borrow from my local library,I also buy from WHSmith,Waterstones or from The Works or even charity shops.

Have I mentioned my Nook?it was very useful while it lasted which wasn’t for long so I will be purchasing a Kindle reader to read my purchased books on,what do you prefer,books or e-readers?

We will talk about festivals and more crime authors next.

Where was I ? Yes sorry for the long break,some things needed to be sorted so all done.

I was telling you that my thing was Scandinavian Noir(my phase which is not really a phase)I do read any kind of crime from Agatha Christie to Lee Child to Peter James.

I watched the film -The girl who played with Fire-and then I went to look for the book,that’s how I got hooked on Scandinavian crime novels.To tell you the truth I did not want to read them(but maybe because I lived there when I was a little girl and place names and nostalgia,had something to do with it).I said what’s all the hype about but everyone I knew and did not know were talking about it,so I said what do you have to lose, girl?

The film was good but the book was better,to me anyway-then I rushed out got all the books-I wished he would wake up from the dead and write another or that he had a stash of unpublished manuscripts(have you heard of the new one under his name,story for another day).

So my search started because I was HOOKED.

I googled and lo and behold I was in Crime Land(you know there’s no such thing as crime heaven).I was so happy you would think I won the National Lottery.

That’s how my journey started.

I decided that in my spare time I would chat about the books I read.

How do I get my books?with the digital age,I do buy a lot of e books,I also borrow books from the e-library.I buy “normal,proper”books as well,why?because nothing to me beats turning a paper page,sorry,but that’s my opinion.

All the different formats have their own pros and cons.

When I’m on the tube(subway,metro) I take along my e reader -a basic Nook(this is not an advert for Barnes and Noble)which i got when it was on sale,but hey,it does what it says on the tin.

When I’m at home I read a ‘proper’book,I need to hold physically( underlined for emphasis)and turn the pages,and feel the paper and caress the spine-talking of spines,we will discuss spine-tingling,chilling books and films and not so chilling books and books that make you chuckle on the bus or train and people turn to look at you.

I just love books,and read almost any book I lay my hands on,any subject.I do ramble on,feel free to stop me at any time.

So that’s me.I live and work in London.

I watched a film,then read the book,then I got hooked!!! Sound like you or someone you know?

I hear my name being screamed! To be continued.

This is your very first post. Click the Edit link to modify or delete it, or start a new post. If you like, use this post to tell readers why you started this blog and what you plan to do with it.